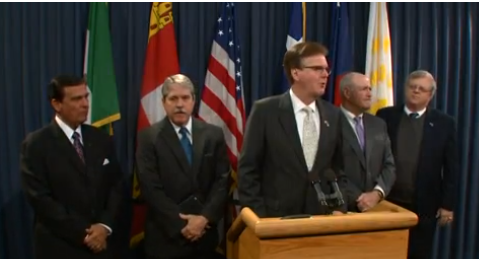 School Choice is not what you think~ Not in Texas and not across the country!

Let’s start by defining the term “school choice” as it pertains to current legislation; what you perceive it to be and what the actual legislation is, are two very different things. In politics perception is everything. Reality is what makes our children pawns in a political game.

The “political purpose” of  College and Career Ready/Competency Based/Personalized Learning/21st Century Learning/Common Core and School Choice is not public and can be defined as revolution through education. Revolution; defined as “a fundamental change in power or organizational structures.” This is, in fact, a centrally coordinated, reorganization of American education that has global tentacles that are indeed a threat to America.

The vision to Nationalize education has clearly laid out a pathway through “School Choice.” Be sure and take note of the fact that the same type of legislation is going through the legislative process in other states as well. The language and strategies for control, closely align. WHY is that?

Republican Governor Greg Abbott’s Pre-K program vision is not coming from the state, it is coming from the  Education Commission of the States who has ties to George Soros’ Center for American Progress

Notice on the list of the current education committee below the name Royce West and notice his role with the ECS (Education Commission of the State)  along with the names Jimmie Don Aycock and Kel Seliger.

The books are quite explicit. Ted Sizer wrote a book in 2004, The New American High School, which laid out the vision and cites books going back to the 70′s that lay out the vision to Nationalize of Education through “School Choice”.

Interesting to note in Texas one of the key faces pushing “School Choice” is Kent Grusendorf a former Texas State representative who was the chair of the House Education Committee, who fought hard to bring digitized curriculum into our state and thought it would be just wonderful to throw textbooks away. The tech lobbyists “set up camp” on his desk. Donna Garner testified before Grusendorf on 3.29.04 and on 5.19.09 (see testimonies linked below).

Grusendorf helped to lead the way in passing SB 6 which opened up pandora’s box for Common Core instructional materials to come flooding into Texas schools. In addition, he led the way for the Visioning/Transformational TASA/TASB plan. Now here is Grusendorf again, but this time he is the champion of school choice. 4.9.15 – Texas Public Policy “How Texas Can Take the Lead on School Choice”

Reminds me of why we are asking…. #CANiSEE who is financially benefiting.

If you are in Texas here are the names and telephone numbers to the Senate Education Committee.

Call them and say VOTE “NO” on all School Choice legislation no matter whose name they change the author to get it passed. This includes the Tebow Bill, and the up and coming Education Savings Acts (ESA)s. Homeschool parents are fighting against Austin lobbyists to overcome more regulation imposed by this bill toward homeschool freedoms.