So while the media follows the Creationist vs the Evolutionist story-line the text book companies are aligning all text books with the Common Core philosophy of education.

It is not about a set of standards. It is about HOW teachers are being taught to teach in the classroom along with curriculum products and textbooks.

I find the comments by DR. ELEANOR SMALLEY (Executive VP and COO for the JASON Project)  a contributor to the NGSS Next Generation Science Standards and former superintendent of a nationally recognized Virginia school district very interesting.

“Although Texas is not one of the early states involved in this we have 26 states that have been early adopters and many of the writers of this actually come from Texas.

So what I would tell you is that the Next Generation Science Standards are going to influence the way we teach science whether or not we actively adopt the standards or not.”

I’m actually from Virginia and Virginia is not an early adopter either.
But what I will tell you is that this is becoming so important to the nation
that it is already being embedded in the way we think about how we will teach science.”

Now lets take a look at what happened last Friday in Austin at the SBOE (State Board of Education) hearing on the Science Text Books. Parents because the SBOE did not stand up for Truth we must go into our child or grandchild’s classroom and say #CanISee

According to the progressive TFN they won on Friday and that should give you great concern.

“The State Board of Education just voted to adopt all of the high school biology and environmental science textbooks without watering down instruction on evolution and climate change. We just sent out the following press release:Science Education Wins in Texas!“

Let me first tell you about a Victory for Truth; from Kara Sans who will be our guest on the Women On The Wall show at 10am Central.

“They are claiming a victory, but considering the fact that we were able to get a few minor changes into the textbook and throw the liberals into a frenzy when we had only 2 hours to review the book and 24 hours to organize, can you imagine what we can accomplish if we are organized and ready for the Social Studies/History adoption process in 2014?”

Now let’s talk about what was found in these Texas Books by Becky Berger, Petroleum and Mining Geologist

Becky Berger testified before the SBOE about an environmental systems book called Environmental Science that was anything but science. We should not be misleading our kids and scaring them away from the sciences because “science hurts people and the environment”.
I strongly urged rejection of this “techbook” as it was called.
1. It addressed violence and malnutrition as absolute results of drought caused by global warming.  It never mentioned global cooling which is the other part of the climate cyclical phenomenon and should not be insinuated into the science portion of education.  There is drought in many parts of the world and violence is not an absolute result of that condition.
2. Pictures of holes in the Ozone depicted the hole expanding but the picture dates stop in the year 2000 and scientists have reported and showed recent (2000-2013) pictures of the same Ozone layer healing and the hole decreasing in size.
3. Depicts population maps overlapped with erosion problems failing to point out the topography and geologic structures in the same areas that are especially prone to erosion irrelevant to population density.
4. There is a isolated box that states hydraulic fracturing might harm water wells in the area of fracking activity in direct contradiction to the EPA statement that no evidence of hydraulic fracturing contaminating groundwater has been found.
5. This “techbook” gives absolute outcomes on environment, air quality, economic destabilization, necessity for taxation based on data, studies and information that is old and has been deemed incorrect, absolutely false and partially true.
6. The suggest that there would be a $1500 per year decrease in everyone’s energy bills if they just install energy efficient windows.  That is absurd and cannot be proven to be true since many homes already have them and individual households use differing amounts of energy depending on the number of people in the home, age brackets and number of appliances.
7. Using one scientist’s estimation of kilowatt savings and endorsing ENERGY STAR products is not only inappropriate it is lacking scientific testing on a broad scale.
8. Connecting to math from the teachers edition makes an invalid assumption that Germans use less water than United States citizens and thus the US should save more water through green technology.
9. RETEACH sections to change lifestyle choices in a science class have nothing to do with science. This has the potential for children to conflict with the lifestyles their parents have worked hard to afford for them and can create an argumentative situation in the homes that cannot afford to make major changes to their living conditions, which could result in psychological or self esteem problems of the students.
11. Offering alternative energy sources without full explanation of the negatives associated with them is an incomplete set of information for the students that leads to false conclusions.
12. Proposing mass usage of hydrogen gas for fuel is ignorant of the volatility of the gas and the explosive nature of this type of fuel which would endanger users.  It is not ready for mass production.
13. Speaking of wind power as though it is the abundant, inexpensive and the solution to all of our energy needs is false, naïve and misleading.  It takes 500 gallons of diesel fuel per month to START every 75 windmills that are used commercially produced electricity leaving a footprint and creating electricity with two forms of energy, fossil and wind, instead of just one. The text also fails to point out that wind energy is not reliable, and cannot be transported over great distances so often times it is generated in area with low population density.
14. Pictures of mining operations from the 1850’s and the early 1900’s are misleading toward the mining industry and misrepresenting how mining technology operates in current day.
15. Presenting hybrid cars as an energy efficient alternative without presenting the excessive cost of the batteries that we have no place to dispose of when they no longer work.
These examples only scratch the surface of the misleading, inaccurate and partial explanations of our global environment.  We need students informed with accurate, factual and fully explained science.  I wish I had more time to address all of the inaccuracies in this “techbook” but time is not on our side.  I suggest you vote on the side of caution and reject this failed attempt at creating opinion to be taught as science.
This is very similar to Common Core with the teachers being told what leading questions to ask and how to present the materials by showing how efficient something like fluorescent light bulbs are without giving equal time to disposing of the used bulbs that are filled with gas that hurts the Ozone. 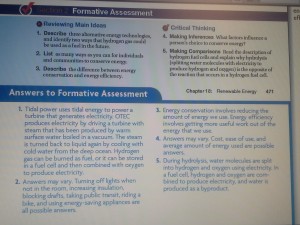 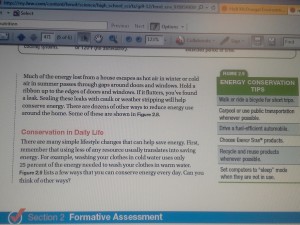 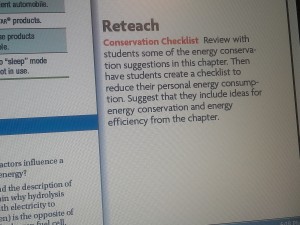 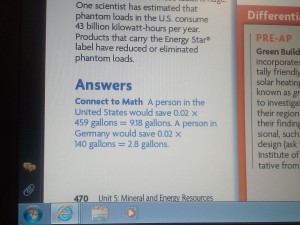 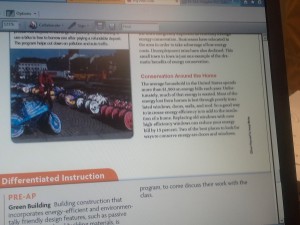 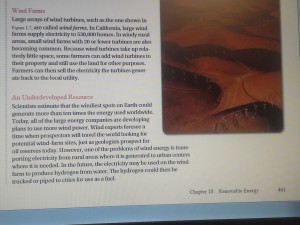 So when you read the description written by Next Generation Science about the video discussed at the top of this post do you really think we can solve the  issue of Common Core/21st Century Learning seeping into Texas schools as they go through a SBOE (State Board of Education) who because of the strategies and tactics of people like the Ratliff’s in Texas have been completely compromised.

In a world fueled by innovations in science and technology, our nation is counting on the students of today to solve the global dilemmas of tomorrow. Yet the content and practice found in most science, technology, engineering and math (STEM) classrooms remain woefully out-of-step with 21st century careers, and U.S. student performance on international STEM benchmarks is lagging.

For these reasons, science-related K-12 education is being re-envisioned by a national collective of STEM educators, business leaders and policy experts. But in Texas, where science curriculum scored a “C” average in a 2012 Fordham Foundation study, the state board of education chair has said there’s a “zero percent chance” that Texas will adopt the new national standards.

Can the movement’s vision for the next generation science classroom catch fire in Texas, nonetheless? What do Texas students need to know and be able to do, to be well-positioned and prepared for the STEM careers of tomorrow?

DR. ELEANOR SMALLEY (Executive VP and COO for the JASON Project) is a contributor to the NGSS and former superintendent of a nationally recognized Virginia school district.

Go into your child or grandchild’s classroom and say..... #CanISee WHAT and HOW you are teaching my child in the classroom.

Things you need to know-