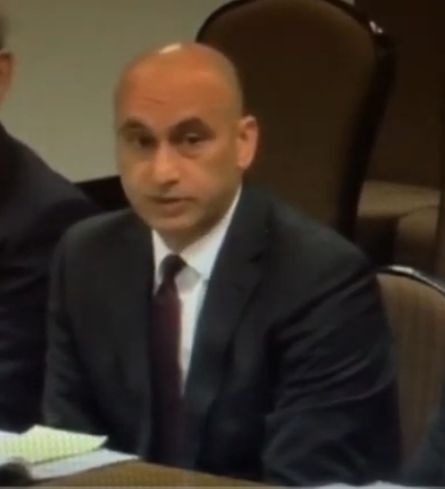 Texas, We have a National Security Issue in Our Schools

Have you heard the term “Replication” within the charter school movement? If not, you better learn about it.
The goal, at both the state and national level, is to bring charter schools within the traditional Independent School Districts (ISD)s and through public-private partnerships, outside of the ISD model. America, this is very dangerous. WHY?

As I have been saying for the last 10 years, and will continue to say; the fundamental shift in education has been made through federal and state laws mandating standards, i.e., Common Core, College, and Career Readiness, from a knowledge fact-based education of opportunity, where children learn to read well, write well, do math and know history, to an education of equity-based on attitudes, values, beliefs, and behaviors. Which begs the question… WHOSE values, beliefs, and behaviors? It is not about republican vs democrat. It is about power and control over the next generation of Americans. And YES, it is a National Security Threat!!

This shift, coupled with the so-called “School Choice”, gives an access point for people like Sonar Tarim.
As noted in this important letter submitted to the Texas State Board of Education (TSBOE) by Understanding the Threat (UTT), John D. Guandolo, President…

“The Texas State Board of Education (TSBOE) is currently hearing testimony on whether or not to allow the Royal Public Charter Schools to operate in Texas. UTT asks the TSBOE to consider the facts herein:

The Royal Public Charter School network is founded by Soner Tarim, the CEO, and founder of the Harmony School network. Harmony is a direct subsidiary of Fethullah Gulen, a leader in the international Islamic Movement who has the same objective as Al Qaeda and the Islamic State, to establish an Islamic State under sharia (Islamic Law). No matter how well the Royal Public Charter School program is presented, at its root is a dangerous and corrosive Movement school board officials have a duty to reject out of hand for the safety of citizens in Texas.

In addition to being a part of a larger jihadi effort, the Gulen network has fallen under numerous investigations from the FBI and other U.S. government agencies. An audit of the Cosmos Foundation, which operates the Harmony network of Gulen charter schools in Texas, concluded in July 2012 that $186,197 in federal grant money intended to improve education for students with disabilities or those from low-income families had been misspent.

The inherent nefarious nature of this school network, no matter how much it is publicly lauded, is no excuse to support, in any way, this newly packaged Gulen effort here in Texas. UTT strongly encourages the Texas State Board of Education to deny the request from Royal Public Charter School or any other school associated with Soner Tarim and Fethullah Gulen to operate in Texas.

We encourage you to schedule a more detailed briefing by UTT in the near future on these and other related threats to Texas from this Movement. “

I can be reached via email at John@UnderstandingtheThreat.com.

As a part of the charter application process, Soner Torim and his proposed board were interviewed for two hours by the TEA on July 29th. Due to Covid19, the interview took place online.

Here is the link to the interview.
http://www.adminmonitor.com/tx/tea/charter_interviews/20200729/

Note that several members of the State Board of Education were present and asked questions.

I encourage you to join me in contacting the SBOE (Click here) and urge them to deny the request from Royal Public Charter School or any other school associated with Soner Tarim and Fethullah Gulen to operate in Texas.

As noted, most profound was the answer Soner Tarim gave to SBOE member Georgina Cecilia Perez (D-El Paso) when she asked (move to timestamp 1:50:40) about the outcome of his charter applications in another state (Alabama) in the past year. Then listen to Soner as he answers her question- he never stated that the charter was ultimately revoked by the Alabama Public Charter School Commission. See July 9, 2020 news article here: https://www.al.com/news/2020/06/for-the-first-time-alabama-shuts-down-a-charter-school.html
Bottom line was that he never told them that his charter was revoked.

As defined in the book “Sharia, a Threat to America”–  “Civilization jihad is a form of political and psychological warfare that includes multi-layered cultural subversion, the co-opting of senior leaders, influence operations, propaganda and other means of insinuating shariah gradually into Western societies.”
http://www.voicesempower.com/school-choice-is-it-a-national-security-threat/