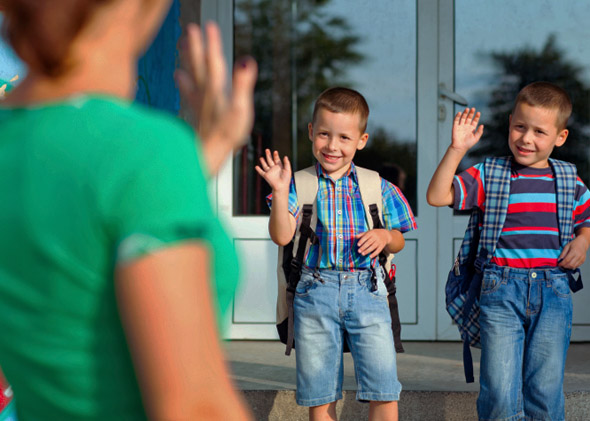 Yesterday I was alerted to a sexually explicit graphic used on Aug. 27, 2015 in class at Highland Park ISD. The image was on the smart board in a 10th grade Honors AP English II class to teach commas.

A statement from Highland Park ISD was reported by a CBS local news affiliate, stating this was an isolated incident and that the teacher had apologized to his class.

The fact is, Highland Park ISD has had controversy in the past with English teachers requiring sexually explicit, anti-capitalism books in (ELA) English and Language Arts.  Interestingly, as reported in the Dallas Morning News, Carol Wickstrom, a former English teacher and an education professor at the University of North Texas stated…

“In high school especially, she said, the English class curriculum goes beyond teaching literary elements. Everything that happens in the classroom should be directed to students learning how to live an effective life, a life that has meaning, a life that gives back to the country or community,” she said. “It’s about developing citizens for our world. You have to be able to think on many levels.”

This may help explain why this high school teacher felt justified in not only using the graphic seen above, but in also stating to the class on the first day of school, after using foul language, his belief, that his job was to “teach life.”

This shift in Texas, away from academics and teaching students to read and write well, can be tracked back to TASA (Texas Association of School Administrator’s) New Vision for Texas Education, which Highland Park ISD is fully implementing.

All across Texas, school districts are using their “strategic plan” to drive organizational transformation, to include new learning environments, Next Generation Performance standards and assessments and new accountability for students and their teachers.

“A group of Texas school superintendents met over a two-year period in facilitated dialogue during 12 two-day sessions to discover the assumptions underlying the present public education system and why it needs to be transformed. Various experts guided each session to stimulate and contrast participants’ thinking. The superintendents concluded that the present system does not have the capacities to develop the knowledge, attitudes, skills, creativity, and rigorous thinking that students need to meet the challenges brought about by powerful new digital, social, and economic forces now common to everyday life around the world.”

Now is the time for parents to get educated on this shift, who is behind it and the lifelong damage to our children it will cause.

Here is a reality check. Now that Chrome Books and IPads are being used in the classrooms and data is being collected and an individual portfolio is being created on each student that will now follow them from Pre-school through the Workforce; any content created by students in this “Hyperaroused” learning environment will be available for colleges and future employers and may impact their ability to succeed in life.

As “Jose Ferreira, CEO of Knewton, which has a large publishing contract with Pearson Education, remarked, education today “happens to be the world’s most data mineable industry– by far.”

Children, he says provide, “five to ten million actionable data per student per day.” Collecting data to be used for what remains uncertain– in fact most parents are unaware of such data mining. But data is derived daily by “tagging every single sentence of their [children’s] content.”

Dr. Peg Luksik stated in this interview after the Highland Park ISD literature book controversy; the danger is that “after putting these images in the heads of students, we have no idea how any given teenager is going to react.” Time Stamp 7:36

As I stated at the Keller ISD school board meeting regarding the policy change to include LGBT, Transgender students as a protected class. This New Vision of Texas Education is the same as what was being implemented in Columbine High School in Colorado. The “New Learning Environments” being pushed known as “Common Core, College and Career Ready, 21st Century Learning” have in fact proved to be psychologically dangerous for students.

This may help explain it more clearly. Below is a comment posted on, attorney, Robin Eubanks’s, author of “Credentialed to Destroy” blog  Invisible Serfs Collar.com

“Psychologist Dan Gilbert talks about how our brains respond with feeling and action to situations that are intentional, immoral, imminent, and instantaneous – and not to situations that aren’t. This was an adaptive trait that kept us alive long ago, but it short-circuits an appropriate and collective sense of urgency in the face of wicked problems like global warming and education reform, whose consequences play out day by day over decades. ”

Translation: Problems whose consequences play out day by day over decades have previously been dealt with using rational, empirical, and reality based thinking. We must change education so that children’s brains respond with feeling and action to such problems instead of rational thought.For example; we must respond to questions about changing climate with urgency and emotion rather than scientific methods. In particular, we must respond to shortcomings in education in an urgent and emotional way. Then we must respond to problems caused by this approach with further urgent and emotional methods. Rational thinking has no place.”

In conclusion; as my good friend Mel Moss says….. “We are funding our own demise as a nation and allowing them to use our children to do it.”

Failure to understand what’s been done to our children is risky business. You can’t stop them unless you understand what they’ve done and what they continue to do. Our children and their future is clearly in danger!
Join the movement to stop the Fundamental Transformation in Education. Help support “A Community’s Journey from #CANiSEE to I CAN SEE What You Are Teaching Our Children.