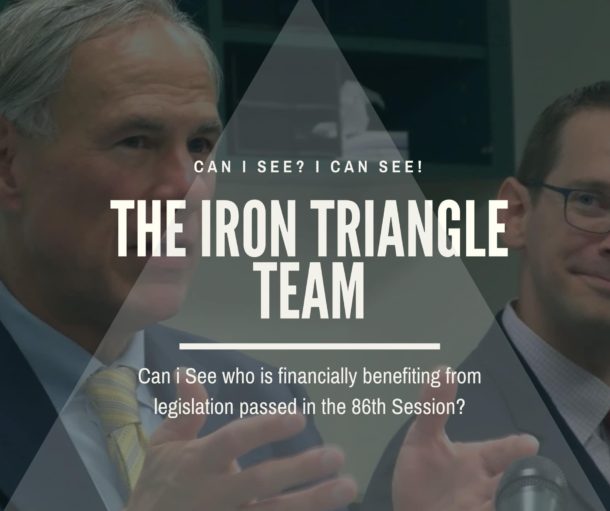 Interestingly, when questioned on the funding of Gov. Abbott’s “School Safety” plan, he stated, in part, with federal funds from Health and Human Services. As heard in the short clip below…

Basically, by passing the SB 11 “School Safety”, “Mental Health” legislation along with Four Price’s HB 18 they made SB 22 mean virtually nothing.

Right along with Kel Seliger’s Social and Emotional Learning (SEL), SB 504 Legislation. And yet, as stated here: “There is no expert consensus on the definition of SEL” –
The truth is, the Right (Republicans) and Left (Democrats) I wrote about here, exposing the players; are the same at the top, as explained to all of us by Prof. Carroll Quigley in his mammoth “Tragedy and Hope”:

Professor Carrol Quigley, historian for the Council on Foreign Relations (CFR) warned us:
“The argument that the two parties should represent opposed ideals and policies, one, perhaps, of the Right and the other of the Left, is a foolish idea acceptable only to doctrinaire and academic thinkers. Instead, the two parties should be almost identical, so that the American people can “throw the rascals out” at any election without leading to any profound or extensive shifts in policy.”

― Carroll Quigley, Tragedy and Hope: A History of the World in Our Time

Mary Thompson, a brilliant education researcher who exposed the Planning, Programming, Budgeting, Management (PPBS) in the late sixties in California, has nailed the problem to the wall after receiving the latest Blueprint for America from Anita Hoge.

“Maryland Commission On Education-The national push to creat “womb to tomb” community schools.  The “NEW” is just the “OLD.”  Yesterday, Marc Tucker and others released the “Blueprint For America.”  In 1989, it was called “A Prescription For America” in Pennsylvania. There is no difference in the agenda that was pushed by then Governor Clinton, and then pushed by former First Lady Hillary Clinton in 1995 for HillaryCare. (Read all of page 204 in the PDF that follows for documentation.)  MEDICAID, wrap-around services, psychological brainwashing, community schools are just the beginning as case-management will eventually be at every families’ door with a “plan.”  My “Womb To Tomb” book lays out the plan that is a complete ditto to the NEW plan pushed by Democrats and Republicans alike.”  Anita Hoge

Maryland is not unique.  The agenda in one form or another is the same old totalitarian agenda across the nation.   While parents spend huge amounts of time, energy and organizing in opposition to sex ed across the nation and California, the “total child” agenda  from womb to tomb  continues to churn along as it has for  at least the last half century.   Voices in the wilderness since the 1960’s and since were disbelieved or ignored as they sounded the alarm including even Charlotte Iserbyt’s consummate book, The Deliberate Dumbing Down of America (published in 1999).
Instead of confronting the womb to tomb totalitarian agenda, a controlled or controlling “Right”, dangled the idea of charters, vouchers, etc. as the escape panacea for parents.   Again, parents began to take the bait promoted as “choice” helping to destroy the very concept elected representation since charters’ boards are appointed, not elected.
Vouchers are designed to destroy what’s left of any autonomous or private schools.
Classic Hegelian dialectic and too many self identified “conservatives” (even the official Republican Party) allowed themselves to be the planned antithesis (school choice)  to the “womb  to  tomb” totalitarian thesis.
It is VERY LATE!

All in coordination with Gov. Abbott’s “School Safety” state-level SB 11!! The Womb to Tomb P-20W system of control is locking in place like a set of gears.

GOVERNOR ABBOTT has signed #SB11 giving the state access to collect private personally identifiable data, monitor, and provide state intervention into your child’s mental health! Their access point? Your children’s school. Much like at the federal level, our politicians are using a crisis to impose more control.

“Politicians are master manipulators. What better way to garner public support for a national threat assessment program than to introduce it during National Police Week”, as stated in this article: Congress Considering National Threat Assessment Program to Predict If You Pose a Threat

Mental health bills supposedly in response to Santa Fe shooting, but these meetings for behavioral health plans go back to 83rd reg session.

These aren’t school safety bills, this effort to create a statewide consortium for wrap-around services to children has been in the works since 2013.
Behavioral Health Advisory Committee | Texas Health and Human …
https://hhs.texas.gov/about-hhs/leadership/advisory-committees/behavioral-health-advisory-committee

DO NOT BE DECEIVED as the right side and the left side of the political aisle walk hand in hand.

Texans, we have elected weak men and women to represent us in Austin.

Men and Women who have allowed the “Iron Triangle” to continue.

One side = Unelected Bureaucrats

Bottom= Those who profit off the rules and regulations written by the bureaucracy, made possible by the laws allowed out of the legislative committees, passed by manipulation in the legislative session and signed into law by the Governor.

Therefore, they have created and an “iron triangle” for profit.

Ultimately, this is a spiritual battle.
Ephesians 6:12