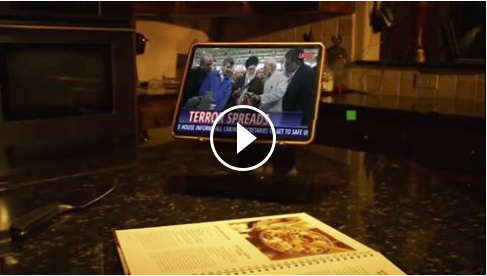 I have written before about the fact that in America, we have a history of great prosperity and innovation, because, in the past, we have valued an ‘Education of Opportunity’ (Equal Opportunity,) based on an individual’s freedom and ability to achieve great things. When a child has a solid foundation and can read, write, do the math and knows history; as an adult that individual is free to succeed, and, free to fail, and then learn from that failure and go on to do great things and achieve the ‘American Dream.’

As an attorney, Robin Eubanks, author of ‘Credentialed to Destroy’ pointed out in her book….. “Frenchman Alexis de Tocqueville recognized that whenever individuals are not free to prosper independently and governments control a society the government would inevitably seek to keep their citizens dependent upon the state. ‘Tocqueville’s words of what government officials and their cronies historically try to do to the individual citizen if they get the chance to rig the system in their favor is quite telling: “It does not break wills; it softens them, bends them, and directs them; rarely does it force one to act, but it constantly opposes itself to one acting on one’s own, it does not destroy, it prevents things from being born; it does not tyrannize, it gets in the way: it curtails, it enervates, it extinguishes, it stupefies, and finally it reduces each nation to nothing more than a herd of timid and industrious animals, of which the government is the shepherd.

In America, through the manipulation of legislation, championed by both Republicans and Democrats alike, we have shifted from a Kindergarten -12th grade system of education, to what is known as a P-20 W (Pre-School through the workforce) education of Equity (Equal Outcomes,) which history has proven will result in a loss of freedom, liberty, and opportunity for the next generation of individual citizens. Our children will be seen merely as “Human Capital” for the government.

Just one of the agendas of this globally coordinated effort is about equalizing and controlling the economy of the United States and the citizens of America.

Who is behind this global coordination, and who is taking advantage of the shift to an education of equity, “equal outcomes” based on attitudes, values, beliefs, behaviors, and worldview? 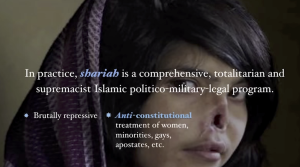 In the West, a fundamental shift is beginning to be felt, as the American idea of individual freedom clashes with the political purpose of control and submission. The outcome will depend on if individuals refuse to submit.

When education is focused on how students perceive the world, that is known as critical theory or cultural Marxism.

The vision or blueprint of ‘civilization jihad’, as it pertains to a ‘Fundamental Transformation’ in Education in America today, is stated here.

Excerpts:
The multiple tragedies in Paris on Friday did not change the topic of the Conclusion of this Trilogy. The ramifications of a document that came out of my UNESCO Lifelong Learning research, written by two Malaysian profs and presented at a 2011 Computing and Informatics Conference in Indonesia, http://www.icoci.cms.net.my/proceedings/2011/papers/86.pdfis what has flushed out the other Ideology that fits 100% with the actual implementation I tracked first in my book Credentialed to Destroy, and now as additional details come into place, through this blog. By Ideology I mean in the cultural model sense used in the last post, but essentially it is the values, beliefs, and concepts a person sees the world through–the personal and social belief system or Worldview that guides individual and collective behavior.

The Arabic word for this is tarbiyah and it means education forTotal Human Development, which is why its mandated practices and tenets dovetail so closely with that other M word that grew out of the political and human philosophy of Uncle Karl. I had never heard the word before yesterday. I had planned to write about the still troubling hijacking of acceptable religious belief systems using the secular K-12 classroom as laid out in an atrocious UNESCO/ UNICEF report sponsored by the Arigatou Foundation called “Learning to Live Together- An Intercultural and Interfaith Programme for Ethics Education.” Looking at that long document and its recommended activities and project-based learning and role-playing experiences, it was obvious this global targeting of each student’s values and beliefs, whatever their religion or lack of it, was already in place in various mandates.

I had pulled thatICOCI Visionary Model of an Islamic Learning Community in part because it had a nesting graphic that worked like a Russian Matrushka doll with the student at the center just like the Aspen Institute wanted in that “Students at the Center of a Networked World”report created by a Task Force Jeb Bush disturbingly chaired. It extends outwards to classroom, school, community, and workplace, and then global, so it also fits with something a psychologist named Urie Bronfenbrenner developed. The C3 Social Studies Common Core Framework already hypes BEST, which also fits with the Learning Cities/ Regions emphasis from the last post. So not only did the push not seem limited to Islamic communities and countries, the link mentioned that Learning Communities, which we already know are to be required in US schools under the definition of what constitutes being an Effective Principal (see FCL tag), are based on a concept created by the founder of the Muslim Brotherhood in 1943.

Now we could stick with that 2011 link which tells us “ICT will play a role in helping the democratization of the usrah system” so we can keep its tenets in mind as we look at various digital learning initiatives. I can look at the various prescribed features of the Tarbiyah Project and recognize the complete alignment with what is being mandated for US classrooms in NCLB waivers, Positive School Climate XO’s, civil rights laws, etc. Most of my regular readers and anyone who has read my book will be able to as well. Phrases like ‘continuous improvement’ that are what every administrator and anyone involved in student and school accountability track verbatim.

Did the Georgia Social Studies teachers down at the State DoE in 2009 receiving Conceptual Development training under a Bill Crenshaw know they were being trained to provide Islamic Education consistent with Tawhid (Spiritual Literacy) and Tarbiyah? Probably not and I doubt if the overpaid administrator knew either. That’s the beauty of K-12 globally now. People are pushing concepts they do not know the background of because there’s a lucrative job there, promotions, pensions, and frequently being a Change Agent through curriculum was the whole basis of the education doctorate.

And in it comes with virtually no one having the knowledge or incentives to look further. Did you know the Tarbiyah Project likes to use that tired metaphor about education needing to move beyond the ‘factory-model’? With the name of the creator and project it will be easy to pull up lots of reports now, but this is too important to have to take Robin’s word for the alignment. Would you believe that in 2014 the US-China Education Review, perhaps excited about the implications of the 2013 Beijing Declaration and Learning Cities from the last post, published an article called “Revisiting the Concept of an Integrated Curriculum and its Implications for Contemporary Islamic Schools.” Again we have Malaysian profs who probably assumed they were talking among like-minded insiders.

So the so-called Thinking Curriculum is consistent with Tarbiyah as are all the SEL and Whole Child Initiatives. Anyone reading the Overview should also remember the New 3 Rs of Rigor, Relevance, and Relationships because all are mentioned repeatedly as well. They even make it into Essential Learnings and Key Outcomes and Indicators that formative and summative assessments will be looking for and creating through Project-based Learning and cooperative projects.

Unless the pending reconciliation of the House-passed Student Success Act and the Senate-passed Every Child Achieves Act no longer reflects the language of either bill, the forthcoming ESEA Rewrite will be enshrining the fundamental concepts, values, beliefs, and attitudes of what it means to act as a Muslim per the Tarbiyah Project into federal law. Making the implementation point the states and local schools means nothing as Tarbiyah also fits so well with the Learning Cities/Regions focus that first brought it on my radar screen. Remember Chapter 7 of my book where I made the title about the Common Core always being about changing Values, Attitudes, and Beliefs? Here’s an enlightening quote:

In a historic speech in Cairo, Egypt in June 2009, President Obama expressed his desire to “create a new online network, so a young person in Kansas can communicate instantly with a young person in Cairo.” Since then, the Secretary of State and Secretary of Education have both emphasized the importance of learning other languages, gaining a global competency and traveling to other countries.  A number of organizations linking US schools with others around the world are coming together in a new “Connect All Schools” consortium to meet a very specific goal: to connect every school in the US with the world by 2016.