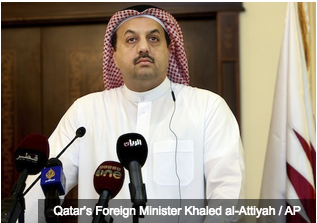 It has been reported that the Brookings Institution, one of the country’s top left-leaning think tanks, has for the first time admitted to Congress that it receives millions of dollars every year from foreign governments, including Qatar and the United Arab Emirates, according to official disclosure forms obtained by the Washington Free Beacon.

Brookings has come under intense scrutiny by reporters and others for not fully disclosing the large amounts of cash it receives from Middle Eastern governments.

The practice has led some to accuse Brookings and its most prominent scholars of pushing biased analyses aimed at making these foreign governments look good. The think tank’s relationship with Qatar has received particular attention due to the Middle Eastern country’s close relationship with the terrorist group Hamas and its ongoing funding of various terrorist entities.

The disclosure form, which is presented to Congress before an individual testifies, reveals that Brookings received nearly $15 million from the Embassy of Qatar between 2013 and 2015. Brookings also maintains a facility in the Qatari capital of Doha, where Hamas is known to operate freely.

The think tank received another $1,920,000 from the Embassy of the United Arab Emirates between those same years.

As a Texas Mom this gives me great pause. Especially knowing what I know about the re-authorization of ESEA (Elementary and Education Act) which is being pushed full force by Senator Lamar Alexander,  has passed both the U.S. House and Senate, is now in conference and when it emerges for a final vote will be well over 1400 pages long.  The impact it will have on my local school district and my children will be much more devastating than (No Child Left Behind.)  Here are several of the key points I hope other Moms and Dads will stop to think about.

What Pennsylvania Mom and activist, Anita Hoge warned us about along with others is coming true right before our eyes…
There were three major actions under the Obama administration, without legislative approval, to change two hundred years of traditional public education in the United States.
(1) The Common Core copyright, which created a national curriculum and national testing mandating that individual students meet individual standards (similar to the Obamacare individual mandate).
(2) Unlocking data ‘to flow’ through the Family Education Rights in Privacy Act, FERPA, which allows personally identifiable information on our children to flow to outside 3rd party contractors for research and curriculum development to match Common Core.  President Obama’s Executive Order (EO 12866) has allowed personally identifiable information to be collected, dispersed for research, and given to third party contractors by “unlocking” the Family Education Rights in Privacy Act, FERPA. Your state is no exception. This is the collection of information on your “whole child.
(3) No Child Left Behind Flexibility Waiver, (ESEA, Elementary and Secondary Education Act), that is re-training teachers to teach to Common Core. Which we just covered with Dr. Patrick Huff on the Women On the Wall Conference Call.
This also allowed ALL children in public school to be funded under Title I by changing the definition of who is poor or educationally deprived to anyone not meeting Common Core/College and Career Ready Standards. (Free and reduced lunch guidelines of 40% school wide were dropped to 0%.)
These three important points control standards and testing, curriculum, and teachers with all public school children being funded under Title I.
‘Obama and Progressive Republican’s Equity in Education Plan‘ for our entire country: For Each and Every Child. (Also see Compendium)
• charter schools replace public schools:
• everyone has federal Title I choice funds to go to any school (charter, private or religious schools)
• every child is taught the same standards:
• every teacher must teach the same standards:
• every test must be aligned to these standards:
• curriculum and software is aligned to standards:
• everything listed here is aligned to government data collection compliance.

Being from Texas, we know, Texas did not need to implement the Common Core National Standards. We were apart of the creation of the first College and Career Ready Standards and a part of the American Diploma Project. We have been implementing the template from the beginning.

As I have said before this 3rd Radical Education Reform known as 21st Century Learning is the same Outcome based agenda that so many battled against back when Lamar Alexander was pushing it back in the late 80s early 90s.

You are no longer that boy from Amarillo, Texas who was a baseball star or in the band. You are now a global citizen. Not an AMERICAN.

My question to you is…. Does the fact that the  Brookings Institution, has for the first time admitted to Congress that it receives millions of dollars every year from foreign governments, including Qatar and the United Arab Emirates.

In addition are we as Americans being deprived of the ability to have “Situational Awareness,” as  Frank Gaffney the founder of the Center for Security Policy, describes in this video. 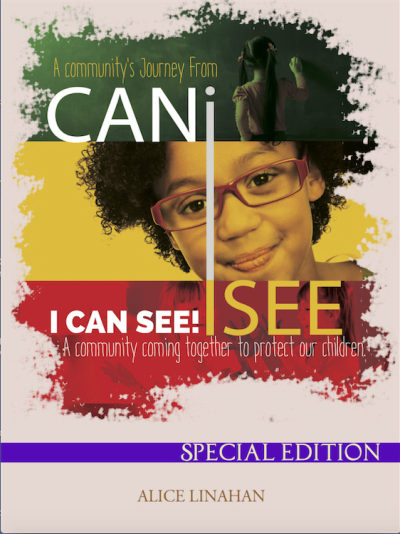