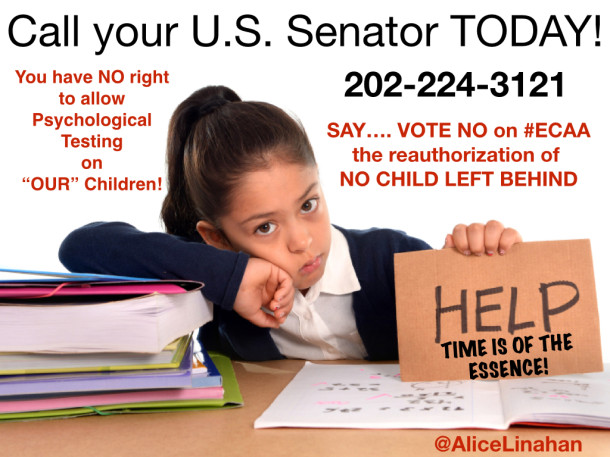 ECAA a Threat to America- Literally!

Moms and Dads of America,

I want to make you aware that mandated in ECAA (Every Child Achieves Act/ S.1177 legislation which is the reauthorization of ‪#‎NoChildLeftBehind‬ is “Universal Design for Learning” (UDL.) This bill will most likely be voted by Wednesday or Thursday of this coming week. Please help me spread the word about just how dangerous this piece of legislation is.

Please take the time to listen to the short audio clip linked below of an interview I did with attorney, Robin Eubanks, author of “Credentialed to Destroy.”

I think it is important for our US Senators to understand exactly how “UDL” will translate to classrooms across America. In Texas we are already seeing it in TASA (Texas Association of School Administratiors) New Vision High Performance Schools. As I have written about before. Texas Did Not Need Common Core Standards- We Are Ahead of the Curve

What we know is that educating our children will no longer be academic and knowledge based, where children learn to read, write, do math and know history.

Universal Design for Learning- Moves American education to the Affective Domain, which means ECAA is mandating an education based on attitudes, values, beliefs, behaviors and changing our children’s worldview.

Interesting to note that Lamar Alexander (R-Tenn) is closely aligned with the Brookings Institute and delivered their key note address in Feb. 2015. Click photo to see for yourself. 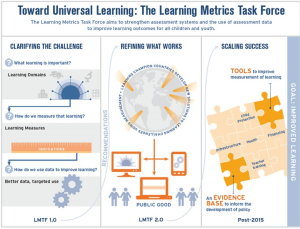 One must therefore look at the agenda of the Brookings Institute.

I wanted to also make sure you are all aware of this Explosive GAO Report given to U.S. Congressman John Kline’s HELP Committee, November, 2014 which proves that personally identifiable information is collected by the National Center of Education Statistics/Institute for Education Sciences in state longitudinal data systems. The report also raises claims about personal data being used for research. 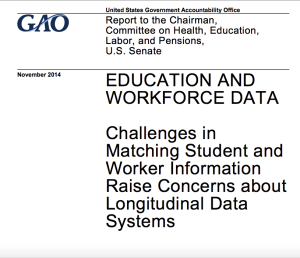 Psychometric dossiers will be legislated through the Reauthorization of No Child Left Behind now known as ECAA (Every Child Achieves Act) is passed next week.

As I wrote in my very snarky article after the US House passed HR5 (Student Success Act) last week. Hey Moms You Are Not Supposed To Know What is in ECAA…. the false narrative of “School Choice” is a real danger because of what is called “Portability.” Did you know that UN (United Nations) documents say explicitly that “School Choice” is the means to get their “change the child” model into all schools because with public money comes public accountability.

All the “school choice” books going back to the early 70s say the same thing.

My question for all US Senators; is this even a possibility? Will Senate Democrats agree to Title I Portability, if Republicans agree to Universal Pre-K? Could what Anita Hoge warned us about become a reality…..

BEWARE:
The following documentation from the Obama administration proves that: OBAMA’S THREAT TO VETO CHOICE OR TITLE I PORTABILITY IS FALSE!
The five issues laid out in his report are plainly seen in both HR 5 and S 1177. This is Obama’s plan to socialize education. The GOP has agreed to Obama’s Plan which will be legislated in the Reauthorization of ESEA. Congressman Kline and Senator Alexander are co-perpetrators.
SOURCE: http://www2.ed.gov/about/bdscomm/list/eec/equity-excellence-commission-report.pdf 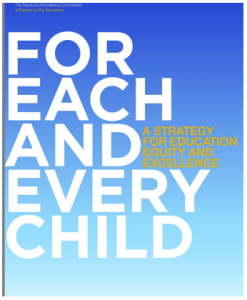 Obama will win again if the Reauthorization passes with both amendments, Portability and Universal Pre-K. The five issues Obama planned in his “Strategy for Education Equity” plan (below) in 2013 will most likely be agreed to in Conference Committee between the House and Senate. (See p. 16, SOURCE: http://www2.ed.gov/about/bdscomm/list/eec/equity-excellence-commissionreport.pdf) (Emphasis added.)

1. ESEA = totally “restructuring the finance systems that underlie every decision about schools, focusing on equitable resources and their cost-effective use” toward federal goals. Title I Portability redistributes financial resources. It restructures our local taxing system and bypasses state’s rights.

2. ESEA assures “the most critical resource of all: quality teachers and school leaders, and the supports…” (specialized student support teams that implement the government’s mental health agenda). Title I identifies “ALL learners” deemed to be needing direct student services (IDEA) to fulfill government goals. All students are to have “have access to” the national model curriculum. Teachers are retrained in social, emotional, behavioral, non- academic techniques, (because they have to reeducate the children with fidelity) and in specialized student supports (called Response to Intervention, Positive Behavior Intervention and Supports, Early Intervening Services, Multi-Tiered System of Supports, as worded exactly in the legislation). These are the direct student services called meaningful choice, again as worded exactly in the legislation. EVERY child will be treated to change their values, attitudes, beliefs, and dispositions to conform to government goals.

3. ESEA includes “the importance of starting early-making the case for high-quality learning for all children, especially for” at-risk children, defined in Title I and IDEA. (See above) [Murray(D-WA) -Casey (D-PA) pushes for Universal Pre-K]. No child will escape Common Core/College and Career Ready Standards and the reeducation of attitudes, values, beliefs, and dispositions, even BABIES.

4. ESEA = “providing critical support-including increased parental engagement, increase to access of health and social services, extended instructional time and assistance for at-risk groups” including all students who do not meet Common Core, affective domain mental health behavioral outcomes, using ongoing, Pavlovian conditioning. Schools will have to apply for partial hospitalization provider licenses, either nos. 47 or 50, to bill Medicaid for school based mental health for what is now defined as Common Core disabilities for ALL children. ESEA = MEDICALIZATION OF SCHOOLS = MEDICAID = UNIVERSAL HEALTH CARE

5. ESEA “lay(s) out the changes in accountability and governance necessary to ensure that all schools will” come under the thumb of the NCES/IES and the federal government and there will be no need to change the Reauthorization of ESEA again to “advance equity …in America’s public schools.“The federal government will have complete control over ALL personal data collected through education in the United States with the passage of the Reauthorization of ESEA 2015. Equity = Data Collection = Accountability = Compliance = Socialized Education.

What do we do to stop ESEA when the compromise comes to the floor of both chambers? Focus on the following 3 issues with your Representative.

Privacy…exposing the GAO Report to your legislators about the national data warehouse.

Funding…exposing where the money will come from to fund Title I Portability.

Community…exposing Obama’s “Equity Strategy Plan” which will destroy the Republic, our vote, our voice, our property, state’s rights, our children’s future, our freedom.

As a Mom who is beginning to understand what is coming. I can tell you, it is quite frustrating to hear elected representatives and their staff say there is good intentions with this reauthorization and it is all about local control.

It is clearly the complete opposite. Looks like Obama may just “Fundamentally Transform America”

My question for Republican Leaders!! What are you doing to STOP IT!! Vote NO on S. 1177/ECAA Vote No to Psychologically Profiling American Children!! VOTE NO!!
CALL, Email, Tweet, and Post on FB your US SENATOR NOW!!

Time is of the Essence!