21st Century Learning: Where did KIPP’s “Theory of Change” Come From?

One thing that stood out to me in this documentary was the push for Charter Schools.

As Anita Hoge warned us about in her article Common Core, Choice and Charter Schools.

When you consider that there is a movement to destroy our representative government, “common core, choice and charter school initiatives” become the perfect impetus to change our American system by (1) moving away from teaching content to a “conditioning” process, and (2) changing how elected local school board members will no longer be minding our local treasury, property taxes. This overview tells a different story about where we are in this process than what you will find in most other debates about Common Core and Choice. Lets focus on the facts and think about how Charter Schools will impact the future of America.

In particular, I found the ‘School Inc.” documentary’s push of the Knowledge Is Power Project known as (KIPP), troublesome. KIPP began in 1994 after co-founders Dave Levin and Mike Feinberg completed their two-year commitment to Teach For America (TFA).

In the School Inc. Episode 2 documentary it was explained that Feinberg and Levin developed the “Theory of Change” Leadership model which utilizes “change agents” to scale up their charter school program, as heard in the clip below. The full episode can be watched here.

The question is; did Mike Feinberg and Dave Levin actually come up with this idea of the “Theory of Change” on their own?

The fact is, this is not a new idea at all. A blueprint was actually laid on in ‘The Change Agent’s Guide to Innovations in Education’.

But where did Professor Havelock get the idea?

As noted in America 2000/Goals 2000 Research Manual page 278, the term “change agents” is an idea that originated from Vladimir Lenin. 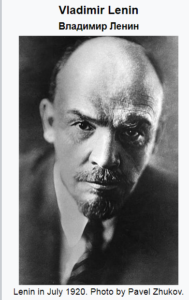 Change Agents: This network of agents will form the skeleton of the organization we need, namely, one that is sufficiently large to embrace the whole country; sufficiently tried and tempered unswervingly to carry out its own work under all circumstances, at all “turns” and in unexpected contingencies; sufficiently flexible to be able to avoid open battle against the overwhelming and concentrated forces of the enemy, and yet able to take advantage of the clumsiness of the enemy and attack him at a time and place where he least expect attack.

“It must be admitted that sometimes collaboration just will not work and, when it fails, there are a number of alternatives (e.g., a ‘fait accompli’ strategy) that should be considered, ranging…to complete deception.“… Ronald Havelock, The Change Agents Guide to Innovation in Education.

From Deliberate Dumbing Down of America…

RONALD G. HAVELOCK’S THE CHANGE AGENT’S GUIDE TO INNOVATION IN EDUCATION WAS published (Educational Technology Publishing: Englewood Cliffs, New Jersey, 1973). Havelock’s Guide was funded by the U.S. Office of Education and the Department of Health, Education, and Welfare, and continued to receive funding well into the 1980s. It has been republished in a second edition in 1995 by the same publishers.

Ronald Havelock’s change agent in-service training prepared me for what I would find in the U.S. Department of Education when I worked there from 1981–1982. The use of taxpayers’ hard-earned money to fund Havelock’s “Change Agent Manual” was only one out of hundreds of expensive U.S. Department of Education grants each year going everywhere,
even overseas, to further the cause of internationalist “dumbing down” education (behavior modification) so necessary for the present introduction of global workforce training. I was relieved of my duties after leaking an important technology grant (computer-assisted instruction proposal) to the press.

Much of Havelock’s book contains quotes from government documents detailing the real purposes of American education:

• to use the schools to change America from a free, individual nation to a socialist, global “state,” just one of many socialist states which will be subservient to the United Nations Charter, not the United States Constitution

• to brainwash our children, starting at birth, to reject individualism in favor of collectivism• to reject high academic standards in favor of OBE/ISO 1400/90007 egalitarianism

• to reject truth and absolutes in favor of tolerance, situational ethics and consensus

• to reject American values in favor of internationalist values (globalism)

I find it very interesting that think tanks and non-profits on both sides of the political aisle are in favor of Charter Schools and the push for “schools of choice”, where students no longer go to school based on their zip code. How is this? How is it that we have Jeb Bush’s ExcelinEd yellow scarves School Choice Week? Which, by the way, is the same thing Obama was pushing, he just called it National Charter School Week.

The fact is, the end game is the same. A loss of parental rights and true local control. Along with the collection of private student data that will be used for online adaptive assessments and instruction to modify the attitudes, values, beliefs, and behaviors of American students by third-party public/private partnerships, who will then profit from the unethically and illegally obtained student data.

Education Reformers on both sides of the political aisle are going full force. Texas is at the heart of the reform movement.

They have destroyed our education system intentionally, so they can rebuild it using Public/Private Partnerships financed through Social Impact Bonds (SIBS) or Pay for Success (PFS). They will profit off the backs of our children and their teachers. All while harming countless numbers of our children in the process.

• every test must be aligned with these standards:

• curriculum and software are aligned with standards:

• everything listed here is aligned with government data collection compliance.

This idea actually came from T.H. Bell when he was U.S. Secretary of Education: “[We] need to create a crisis to get consensus in order to bring about change.” It was under T.H. Bell’s direction that the U.S. Department of Education implemented the changes “suggested,” by A Nation at Risk—the alarm that was sounded in the early 1980s to announce the “crisis” in education.)

“SCHOOL CHOICE” IS THE MOTHER OF ALL PUBLIC/PRIVATE PARTNERSHIPS, THAT WILL BE THE DEMISE OF EDUCATION IN AMERICA!

What has been written into the Every Student Succeeds Act (ESSA), which is the re-authorization of the Elementary and Secondary Education Act (ESEA), originally passed in 1965, which opened the door for Title 1 federal dollars to go to economically disadvantaged students; now is the access point to every American student, pre-natal through the workforce; via illegal collected private data partnered with “Blended Funding” also known as Social Impact Bonds (SIBS).

Anita Hoge clearly laid it out…..

“Specialized Student Support Services” and “Direct Student Services” mandate equitable services to all private schools, the same as in public schools. This is referred to in the ESEA legislation as “meaningful choice.”

There are specific lists of providers that must be used, as well as, an ombudsman that will oversee compliance in private schools. This is where the mandate will force teachers to identify students as being At-Risk of not meeting College and Career Ready/Common Core as a disability and perform psychological services paid for by IDEA. These interventions are defined as positive behavior intervention and supports, PBIS, multi-tiered system of supports, MTSS, response to intervention, RTI, and early intervening services, EIS, etc.

These interventions are happening NOW because of the Flex Waivers.
By identifying students as At-Risk under Title I, ALL will receive psychological treatment and interventions on your children in private, Catholic, and Christian schools, as well as homeschools (defined as a private school.)

THERE WILL BE NO ESCAPE FROM THE COLLEGE AND CAREER READY/COMMON CORE OR THE PSYCHOBABBLE IN THE LEGISLATION.

Regular classroom teachers are being trained to identify children who would need services through PBIS, RTI, EIS, & MTSS.

Once EDUCATION SAVING ACCOUNTS (ESA)’s are in full operation, dedicated to each individual student, an individual career pathway meeting College and Career Ready/Common Core soft skills (Grit) interventions and a treatment plan which will be funded by direct student services known as psychobabble.

Because these specialized services are defined in the legislation as psychologists, psychiatrists, social workers, etc, these services will be mandated. These members of the psych profession will be in a position for MEDICAID TO BE BILLED FOR SPECIALIZED STUDENT SUPPORT SERVICES. This is your meaningful CHOICE.

Medicaid is on the scene as mental health wrap-around services. Your family and child will be assigned a case manager. This initiates an individual family service plan. The federal government has just walked into your front living room door.

(THIS ORIGINAL PLAN WAS DRAWN UP UNDER SEC BELL UNDER THE REAGAN ADMINISTRATION UNDER THE NAME “KNOWLEDGE NETWORK FOR ALL AMERICANS.” http://files.eric.ed.gov/fulltext/ED351771.pdf

Bell has written extensively about parents not being capable to raise their own children.

Texans should think of what appointed Commissioner of Education Mike Morath is currently doing in the Texas Education Agency (TEA). Interestingly, When Gov. Abbott appointed Morath as Commissioner, Abbott said, “Morath has been a “change agent” during his four years on the Dallas school board and will bring an innovative spirit to the commissioner’s job.”

Now, knowing where the term “change agent” comes from, does that give you pause, as it does me? Just asking…